Digital Scale apps for android. We love our android phones very much. As I said earlier it is an open platform that we can do anything.  So many apps are useful to us in playstore. Almost we can gain more knowledge about all the things by using apps in google play store. Some different categories are education, games, communicational apps etc. Now it is digital scale apps for android. Wow ! Amazing feature that an app can do this thing. It’s not a joke guys. Of course we can do. I installed so many digital scale apps for android; among them some are having best features and working clearly.

What is Digital Scale App?

As android smartphones do not come with any sort of hardware that can measure weight, these digital scale apps for android are highly inaccurate. So, if you are looking for an app to do a precise measurement. I suggest you to use these digital scale apps for android. These apps will give you a good approximation of the weight of any tiny things but won’t be able to serve you in a practical matter.

This app works differently than other digital scale apps for Android. For example, if you want to know how much salt is 5 g, this app will be able to give you an approximation for that. It is not an accurate scale app because it is not measuring anything; it is only allowing you to make a guesstimate.

The app simply displays a circle which is an approximate guess of how much volume a certain substance can take up. You can pour the salt, spice, or sugar on the screen to get a better grip on what amount is appropriate. Naturally, if your smartphone is not water resistant, measuring other substances that may stick to your screen is not recommended.

It is a sad state of affairs when we have to include a weed scale in the best digital scale apps for Android list. And to make matters worse, this is perhaps the most accurate digital scale on Android I have tested. Apart from the odd name, the app comes with a relatively good interface and works averagely well.

As long as you stick to the instructions, you will be able to get respectable results from the measurements this app takes. It is also highly suitable for weighing needles, nails and jewelry. Any small-scale object can be used in conjunction with this app. 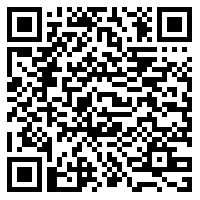 Just as the name suggests IQ Digital scale simulator is a simulator that can show you the weight of different things. It is not accurate and it doesn’t work all the time but it does tend to give you a good approximation of the weight.

The interface is simple, you place a thing on the screen and the app tells you the weight. However, I found it highly unstable and wildly inaccurate when used with some objects. I believe the volume affects the results on the screen but I may be wrong. This is another app which uses the smartphone screen to guess the weight of the item. So, there is absolutely no way this app can be accurate. Place an object on the screen and adjust the circle around the app using the plus and minus buttons.

When you’re satisfied that the circle has encompassed object fully, the app will give you a sound guess about the weight. It’s the same basic principle as the above app and you will be able to measure kitchen ingredients with it as well. Even the description of the apps suggests that this is not a highly accurate program and I have to agree with that. 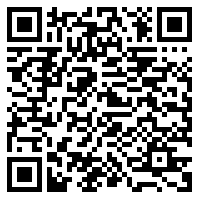 Working Scale is one of those apps that actually work like a physical scale. You place the item of known weight on one side of the smartphone and the item of unknown weight on the other. This way you will have a good idea which one is heavier.

The app is almost accurate and telling you which item is heavier and by how much percentage. A point to be noted here is that you can do that simply by using a plastic scale on a pencil like we did in elementary school. This app has the added benefit of the percentage shown on the screen.

Here as a result technolgymess has came to a conclusion on Digital scale apps for android. Up to my knowledge I had given you a clear information about the entire article. If you have any queries regarding this article kindly let them know. Post them in below comment box. If you feel that this article is helpful, share this article in social media. Thank You.